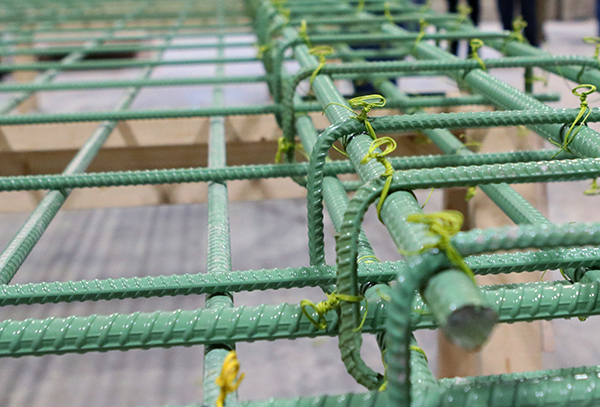 Prior to 1900 corrosion of steel was not a science concern in bridges and buildings. However, by 1950, many bridges and infrastructures such as buildings experienced the effects of corrosion. Whereas in colder climates like in UK and Canada de-icing salts applied on bridge decks caused chloride penetrations and dramatically increased the Loss, in warmer climates the environmental pollution of carbonation of concrete was responsible for significant deterioration. Currently, loss of steel is estimated to be Several Million Tonnes in India alone.

Worldwide epoxy coated steel is being used to combat the corrosion problem to RCC structure since 1973. Knowing the importance of problems Bureau of Indian Standards have introduced the code IS:13620:1993 to effectively combat the problem. Based on testing it has been established that the Fusion bonded epoxy coating of reinforcement bars is the best cost-effective method to increase the corrosion resistance of all RCC structures.